Animal Mother were founded in Aachen, Germany, in the summer of 2013. They released their debut EP ‘The Underground Sessions’ in spring 2014, followed by their first live appearances in the local scene around Aachen shortly thereafter. In May 2015 they released ‘Strangers to Reason’, their first full-length album, via the band’s netlabel Night Audit Music. The release was followed by a series of acclaimed gigs within their home region. Later that year the band offered a shimmering 4-track-EP, ‘The World Is Yours’, to their ever growing audience. After having written a bunch of new songs at the ‘Dark Loft’, their weirdly small rehearsing- and recording-space, they head off to enter the stages again in spring 2016.

Christoph Maus is Animal Mother’s lyricist, lead singer and bassist. Having been musically socialized in the context of grunge, Hamburger Schule and punk his congenial lyrics add a perfect sense of temperate reason to the band’s musical ventures. Besides his activities with Animal Mother he is the lead singer of Offcross. 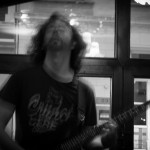 Playing the guitar for Daniel Baron means assembling and re-constructing tunes and chords based on a minimalistic approach. It is not the amount of notes but the style of intonation that makes his musical contribution to Animal Mother a highly distinguished one. Also check out his solo-outings presented under his alter ego One Minus One. 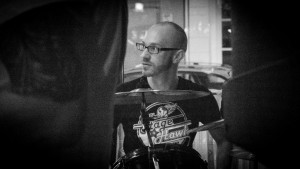 Within recent years Florian Erdbrink has obviously developed into a human rhythm machine. Having been inspired by electronic music since his youngest days as well as the finest jazz drummers of the 1950’s and 60’s Florian perfectly understands to oscilate between explosive drum patterns and subtle rhythm variations. His predilection for sneaky electronic music production can also be heard in Hauf’en, a project he had started together with Daniel in 2002.